I want to begin this post with a brief sermon on the wisdom of traveling during the “shoulder” season. I’ve soap-boxed this topic before, but I can’t emphasize enough how much more pleasant (i.e. cheaper, less crowded)  it is to travel during non-peak months. Croatia, for example, is known to be overrun with tourists from June through August; however, the country has fabulous weather and ample accommodation in both May and September, a.k.a. the shoulder season.

And September in Croatia is incredible, guys! It’s not too hot, but warm enough to swim. The towns are still bustling, but you don’t have to worry about making dinner reservations or waiting in long lines for whatever.

I’ll circle back to that sermon, but I want to pick up where I left off: Jeff and I picked up our rental car in Zagreb and began our westward journey to Plitvice Lakes National Park. For some context, my Lonely Planet guidebook lists Plitvice as the #2 “Top Destination” in Croatia, behind Dubrovnik. Beautiful turquoise lakes and dozens of waterfalls are linked by several kilometers of wooden boardwalk:

Incredible, right? The natural landscape is really something to behold: neither of us had ever seen anything quite like it. The park is expansive, immaculate, and nearly perfect except for one thing: MAJOR foot traffic. Jeff and I both love a good hike, but it’s hard to experience/enjoy the natural beauty of a place when your view looks like this:

So…we were a bit disappointed with Plitvice. On more than one occasion we felt like we were standing in line for a Disneyland ride. Looking back, we should have known what to expect after we spent forever trying to park in one of several lots (it was not unlike trying to park in Ann Arbor on football Saturday…). But there were some beautiful views: 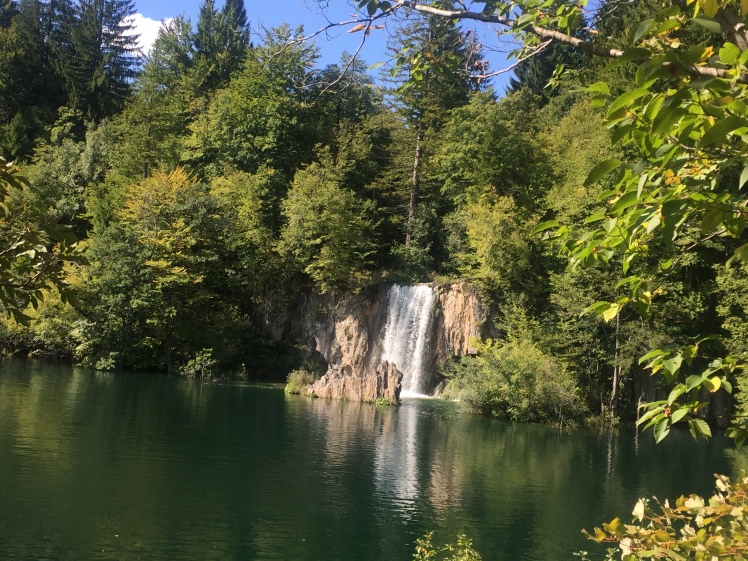 We got some great photos over the 10km “hike,” but that’s about it. Our shoulder season strategy totally failed us here (and not for the first time!). I’m cognizant of the fact that I spend a lot of time writing about our fabulous experiences, and we post lots of beautiful/envy-inducing photos on social media…but admittedly sometimes those words and images tell only half the story.

Generally speaking, Plitvice is probably best to visit in April – May. We also saw some stunning photos of the park during the winter, and I imagine the park is pretty empty then, but who knows? We stayed at Plitvice Ethno House, which was cozy but slightly expensive for what it was. Jeff is also still pissed that their credit card machine “wasn’t working,” so we had to drive pretty far afield to find a functioning ATM.

While we were in the area, we had a chance to visit the Caves of Barać, which was a really cool experience. The caves are estimated to be 65 million years old; they contain many archaeological treasures including ancient human and bear skeletal remains. While we were deep inside the cave, our guide turned off his flashlight so that we could experience absolute darkness (literally zero photons!) for a few moments. It was kind of eerie, but fascinating nonetheless. 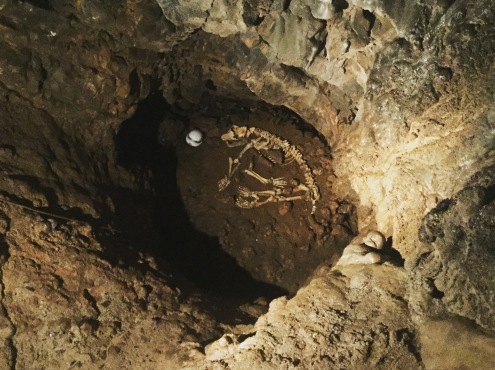 Skeleton of an ancient (extinct) bear species, estimated to be 20,000 years old. Larger than grizzly and polar bear! 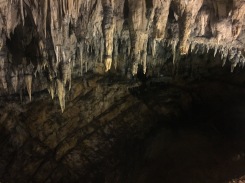 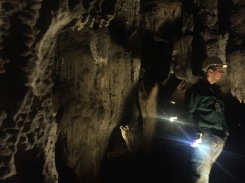 Our guide Marco, discussing some of the cave’s bat species 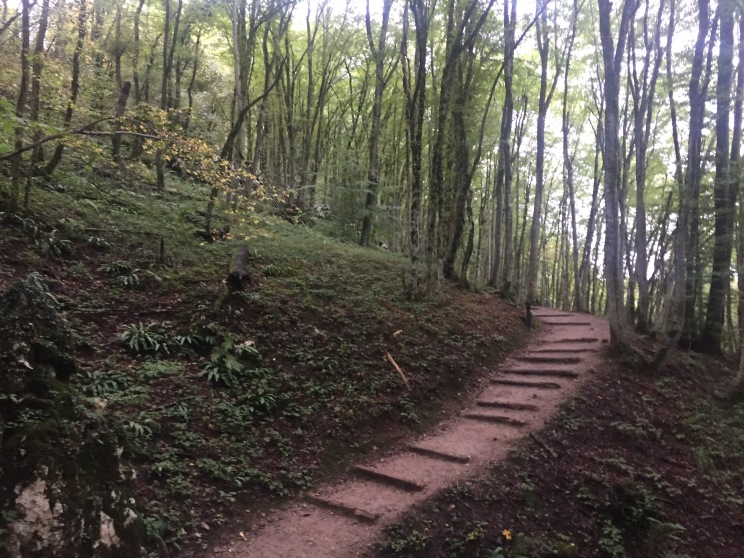 Pretty walk up to the cave on a rainy day

Jeff and I loved exploring the cave (just as we loved the Luon Cave in Vietnam!). Our friends Sarah and Lalo had the chance to go on the multi-night Son Doong cave expedition in Vietnam, and we both have a renewed interest in following suit.